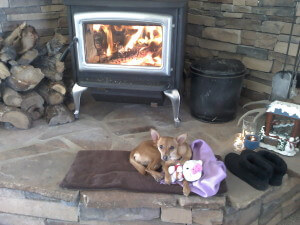 Q: What is canine influenza?

A: Canine influenza (CI), or dog flu, is a highly contagious respiratory infection of dogs that is caused by an influenza A virus. In the U.S., canine influenza has been caused by two influenza strains. The first strain reported in the United States, beginning in 2004, was an H3N8 influenza A virus. This strain is closely related to the virus that causes equine influenza, and it is thought that the equine influenza virus mutated to produce the canine strain. In 2015, an outbreak that started in Chicago was caused by a separate canine influenza virus, H3N2. The strain causing the 2015 outbreak was almost genetically identical to an H3N2 strain previously reported only in Asia – specifically, Korea, China and Thailand. In Asia. This H3N2 strain is believed to have resulted from the direct transfer of an avian influenza virus – possibly from among viruses circulating in live bird markets – to dogs.

Two clinical syndromes have been seen in dogs infected with the canine influenza virus—a mild form of the disease and a more severe form that is accompanied by pneumonia.

Mild form — Dogs suffering with the mild form of canine influenza develop a soft, moist cough that persists for 10 to 30 days. They may also be lethargic and have reduced appetite and a fever. Sneezing and discharge from the eyes and/or nose may also be observed. Some dogs have a dry cough similar to the traditional “kennel cough” caused by Bordetella bronchiseptica/parainfluenza virus complex. Dogs with the mild form of influenza may also have a thick nasal discharge, which is usually caused by a secondary bacterial infection.

Severe form — Dogs with the severe form of canine influenza develop high fevers (104ºF to 106ºF) and have clinical signs of pneumonia, such as increased respiratory rates and effort. Pneumonia may be due to a secondary bacterial infection.

Q: Are all dogs at risk of getting canine influenza?

A: Because this is still an emerging disease and dogs in the U.S. have not been exposed to it before, almost all dogs, regardless of breed or age, lack immunity to it and are susceptible to infection if exposed to the active virus. Virtually all dogs exposed to the virus become infected, and nearly 80% show clinical signs of disease, though most exhibit the mild form described above.

However, the risk of any dog being exposed to the canine influenza virus depends on that dog’s lifestyle. Dogs that are frequently or regularly exposed to other dogs – for example at boarding or day care facilities, dog parks, grooming salons, or social events with other dogs present – are at greater risk of coming into contact with the virus. Also, as with other infectious diseases, extra precautions may be needed with puppies, elderly or pregnant dogs, and dogs that are immunocompromised. Dog owners should talk with their own veterinarian to assess their dog’s risk.

A: Fatal cases of pneumonia resulting from infection with canine influenza virus have been reported in dogs, but the fatality rate is low (less than 10%). Most dogs recover in 2-3 weeks.

Q: How widespread is the disease?

A: The first recognized outbreak of canine influenza in the world is believed to have occurred in racing greyhounds in January 2004 at a track in Florida. From June to August of 2004, outbreaks of respiratory disease were reported at 14 tracks in 6 states (Alabama, Arkansas, Florida, Kansas, Texas, and West Virginia). Between January and May of 2005, outbreaks occurred at 20 tracks in 11 states (Arizona, Arkansas, Colorado, Florida, Iowa, Kansas, Massachusetts, Rhode Island, Texas, West Virginia, and Wisconsin). The canine influenza virus has been reported in at least 30 states and Washington, DC.

The H3N2 strain of canine influenza virus had been reported in Korea, China and Thailand, but had not been detected outside of those countries until 2015. In April 2015, an outbreak that started in Chicago was determined to be caused by an H3N2 strain that was genetically almost identical to the one in Asia.

Q: Is there a vaccine?

A: The first canine vaccine for H3N8 canine influenza was approved in 2009, and there are several H3N8 canine influenza vaccines available. At this time, there is not an H3N2 vaccine available in the United States, and it is not known whether the H3N8 vaccine will offer any protection against the H3N2 strain. Canine influenza vaccines are considered “lifestyle” vaccines, meaning the decision to vaccinate is based on a dog’s risk of exposure. Dog owners should consult their veterinarian to determine whether vaccination is needed.

Q: How is a dog with canine influenza treated?

A: As with any disease caused by a virus, treatment is largely supportive. Good animal care practices and nutrition assist dogs in mounting an effective immune response.

The course of treatment depends on the pet’s condition, including the presence or absence of a secondary bacterial infection, pneumonia, dehydration, or other medical issues (e.g., pregnancy, pre-existing respiratory disease, compromised immune system, etc.). The veterinarian might prescribe medications, such as an antibiotic (to fight secondary infections) and/or a nonsteroidal anti-inflammatory (to reduce fever, swelling and pain). Dehydrated pets may need fluid therapy to restore and maintain hydration. Other medications, or even hospitalization, may also be necessary for more severe cases.

Q: Is canine influenza virus transmissible from dogs to humans?

A: To date, there is no evidence of transmission of canine influenza virus from dogs to people.

Q: Is canine influenza virus transmissible from dogs to cats, horses or other animal species?

A: At this time, there is no evidence of transmission of H3N8 canine influenza from dogs to horses, cats, ferrets, or other animal species. The H3N2 strain, however, has been reported in Asia to infect cats, and there’s also some evidence that guinea pigs and ferrets can become infected.

Precautions to prevent spread of the virus are outlined below, in the answer to “I work in a kennel/animal care facility. What should I do to prevent transmission of influenza virus from infected dogs to susceptible dogs?”

Q: Do I need to be concerned about putting my dog in day care or boarding it at a kennel?

A: Dog owners should be aware that any situation that brings dogs together increases the risk of spread of communicable illnesses. Good infection control practices can reduce that risk, so dog owners involved in shows, sports, or other activities with their dogs or who board their dogs at kennels should ask whether respiratory disease has been a problem there, and whether the facility has a plan for isolating dogs that develop respiratory disease and for notifying owners if their dogs have been exposed to dogs with respiratory disease.

As long as good infection control practices are in place, pet owners should not be overly concerned about putting dogs in training facilities, dog parks, kennels, or other areas frequented by dogs.

Q: My dog has a cough…what should I do?

A: Consult your veterinarian. Coughing can be caused by many different medical problems, and your veterinarian can examine and evaluate your dog and recommend an appropriate course of treatment. If canine influenza is suspected, treatment will usually focus on maximizing the ability of your dog’s immune system to combat the virus. A typical approach might include administration of fluids if your dog is becoming dehydrated and prescribing an antimicrobial if a secondary bacterial infection is suspected.

Canine influenza virus can be spread via direct contact with respiratory secretions from infected dogs, and by contact with contaminated inanimate objects. Therefore, dog owners whose dogs are coughing or exhibiting other signs of respiratory disease should not participate in activities or bring their dogs to facilities where other dogs can be exposed to them. Clothing, equipment, surfaces, and hands should be cleaned and disinfected after exposure to dogs showing signs of respiratory disease to prevent transmission of infection to susceptible dogs. Clothing can be adequately cleaned by using a detergent at normal laundry temperatures.

Q: I manage a kennel/veterinary clinic/animal shelter/dog day care center. How do I keep canine influenza out of my facility, and if it does enter my facility, what should I do?

A: Viral disease is usually best prevented through vaccination. A vaccine against H3N8 canine influenza has been available since 2009. It is considered a “lifestyle” vaccine, which means that the decision to vaccinate a dog against CIV is based on the risk of exposure. A veterinarian should determine whether vaccination is needed based on related risks and benefits, and should administer these vaccinations at least 2 weeks prior to planned visits to dog activity and care facilities (e.g., kennels, veterinary clinics, dog day care centers, training facilities, dog parks). This differs from “core” vaccines – such as distemper, parvo and rabies – that are required for all dogs, regardless of lifestyle.

Routine infection control precautions are key to preventing spread of viral disease within facilities. The canine influenza virus appears to be easily killed by disinfectants (e.g., quaternary ammonium compounds and bleach solutions at a 1 to 30 dilution) in common use in veterinary clinics, boarding facilities, and animal shelters. Protocols should be established for thoroughly cleaning and disinfecting cages, bowls, and other surfaces between uses. Employees should wash their hands with soap and water (or use an alcohol-based hand cleaner if soap and water are unavailable) before and after handling each dog; after coming into contact with a dog’s saliva, urine, feces, or blood; after cleaning cages; and upon arriving at and before leaving the facility. (See “I work in a kennel/animal care facility. What should I do to prevent transmission of influenza virus from infected dogs to susceptible dogs?”)

Animal care facility staff should be alerted to the possibility that a dog with a respiratory infection could be presented for care or boarding. If a dog with respiratory signs is presented, staff members should inquire whether the dog has recently been boarded or adopted from a shelter, has recently participated in dog-related group activities, or has been exposed to other dogs known to have canine influenza or kennel cough. The dog should be brought directly into a separate examination/triage area that is reserved for dogs with respiratory signs and should not be allowed to enter the waiting room or other areas where susceptible dogs may be present.

Dogs with suspected canine influenza virus infection discovered after entry into the facility should be evaluated and treated by a veterinarian. Isolation protocols should be rigorously applied for dogs showing signs of respiratory disease, including the wearing of disposable gloves by persons handling infected dogs or cleaning contaminated cages. Respiratory disease beyond what is considered typical for a particular facility should be investigated, and the investigation should include submission of appropriate diagnostic samples. (See “What diagnostic tests will tell me whether a dog has canine influenza?”)

Q: What diagnostic tests will tell me whether a dog has canine influenza? What samples do I send? Where do I send the samples? How do I distinguish between canine influenza and kennel cough?

A: There is no rapid test for the specific diagnosis of acute canine influenza virus infection. Nasal or throat swabs from dogs that have been ill for less than 4 days may be sent to a diagnostic laboratory for testing. Your veterinarian may also offer other testing, such as an in-house test to detect influenza types A and B.

For dogs that have died from pneumonia or other conditions in which CIV is suspected, additional diagnostic tests are available to your veterinarian through reference laboratories.

Q: I work in a kennel/animal care facility. What should I do to prevent transmission of influenza virus from infected dogs to susceptible dogs?