Parvo: What You Need to Know 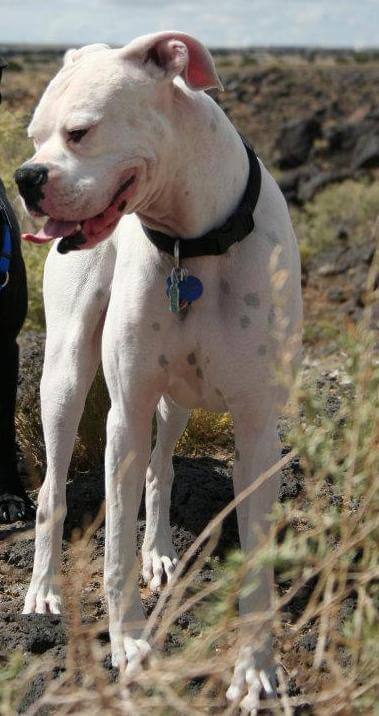 Canine parvovirus (CPV) infection (also known as simply “parvo”) is a relatively new disease that originally struck the canine population in 1978 and is now reported to exist in approximately 50 different countries. The classic signs are vomiting and bloody diarrhea. Because of the severity of the disease and its rapid spread through the canine population, CPV has aroused a great deal of public interest. The virus that causes it is very similar to feline distemper (feline panleukopenia), and the two diseases are almost identical. Because of this, it’s been speculated that the canine virus is a mutation of the feline virus.

Several factors contribute to the clinical course of parvovirus infection in dogs. These include…

stress, vaccination history, age of the dog, concurrent infection with other diseases or parasites, and exposure to high canine traffic areas.

Parvoviral enteritis (intestinal inflammation) may affect dogs of all ages but is most common in dogs less than one year of age. Young puppies less than five months of age are often the most severely affected and the most difficult to treat.

CPV has been regarded as reaching peak incidence in the spring and summer months, when puppies are losing the natural immunity conferred from the mother.

The causative agent of CPV disease is a very hearty virus. Unlike most other viruses, CPV is stable in the environment and is resistant to the effects of heat, detergents, and alcohol. CPV has been recovered from dog feces even after three months at room temperature. Since the virus is so resistant to decay, it can survive for long periods and be transmitted to any dog by simple contact with a contaminated object (called a “fomite”). Examples of fomites include shoes, clothing, play toys, insects, and feet of the infected dog.

Feces of the infected dog contain millions of viral particles. Susceptible dogs become infected by ingesting (swallowing) the virus. There does not have to be direct contact between the two dogs. Dogs that become infected with the virus and show clinical signs will usually become ill within 7-10 days of the initial infection.

In a large percentage of dogs, there may be no signs at all; this is called a silent infection. These dogs can shed the virus in the feces.

When signs are present, they may be variable, but generally take the form of severe vomiting and bloody diarrhea. Vomiting is usually the first sign to develop after infection. Diarrhea often begins about 24 hours later and may or may not contain blood. Some dogs exhibit anorexia, depression, and fever. The virus has a selective effect on the most rapidly dividing cells of the body. For this reason, the lining of the small intestine and the cells of the bone marrow are most severely affected.

The clinical signs of parvo infection can mimic other diseases causing vomiting and diarrhea; consequently, the diagnosis of CPV is sometimes a challenge for the veterinarian. Puppies are prone to eating non-food items and the initial workup of parvovirus often requires ruling out an intestinal foreign body.

The positive confirmation of CPV infection requires the demonstration of the virus in the stool. The test for detecting of virus in the stool is easily done in the veterinarian’s office and takes just a few minutes. Occasionally, a dog will have parvovirus but test negative for virus in the stool; fortunately, this is not a common occurrence.

Unfortunately, there is no specific antiviral therapy that will kill the virus once it infects a dog. The most appropriate therapy focuses on treating the damage done by the virus. Since the lining of the intestine is compromised, diarrhea results. This can lead to severe dehydration, loss of sodium and potassium, and may provide intestinal bacteria with access to the blood stream (septicemia). Therefore, treatment involves intravenous fluid replacement, attention to electrolytes, and prevention of septicemia. Low blood sugar is sometimes seen and can be life threatening. This can also be managed in the clinic setting.

Most dogs with CPV infection recover if aggressive treatment is used and if therapy is begun before severe septicemia and dehydration occur. Patients who recuperate from the disease normally make a full recovery and go on to be normal adults.

There is no documented evidence to suggest that humans may become infected with CPV.

Proper vaccination offers the best protection against CPV. Puppies receive a parvo vaccination as part of their combination vaccine given at 8, 12, and 16 weeks of age. In some situations, veterinarians will give an additional booster at 20 weeks of age. After the puppy series of vaccinations, all dogs should be boostered at 1 year and subsequently every 3 years.

Pregnant females should be boostered within two weeks of giving birth in order to transfer protective antibodies to the puppies. The final decision about a proper vaccination schedule should be made in consultation with your veterinarian.

The long life of CPV in the environment makes it important to properly disinfect contaminated areas. This is best accomplished by cleaning food bowls, water bowls, and other contaminated items with a solution of one cup of chlorine bleach in a gallon of water (500 ml in 4 liters of water). It is important that chlorine bleach be used because most “virucidal” disinfectants will not kill the canine parvovirus.

Puppies will not be protected against parvovirus until after their final (16-20 week) booster. They should be kept away from high canine traffic areas—such as dog parks—where dogs of unknown vaccine status frequent. Talk to your veterinarian about safe and important puppy socialization opportunities, such as well-managed puppy classes, for giving your puppy needed interaction during the critical 8-16-week socialization period.

Have questions about parvo, vaccinations, or other pet health questions? Give us a call at 505-265-4939.